Don't let your app get bogged down by these common gotchas

Written by Daniel Murphey
Updated over a week ago

The 14-day App Store approval process isn't the whole story when it comes to publishing your Branded App. It usually takes less time than that, but there are some things that could make it take even longer that you have the power to address! This article gives you tips to help your Branded App sail right into the App Store without a hitch. ⛵

⭐️ Keep in mind, if this is your first time publishing a Branded App, please make sure you've read this guide.

This article refers to "Events", but these mentions apply to Communities as well.

Your Branded App is a big deal, so you'll want to make sure you allow enough time to build and publish it, and for it to clear the Apple approval process.

We require that you start working on your app no less than 6 weeks before your next event, so there's plenty of time to get your D-U-N-S number and Apple developer account in order, and customize your app.

If you're using SSO, start working on the app 8 weeks before your next event.

You should click Publish App as soon as you're able to get it ready. At minimum, publish the app no less than 14 days before your event, or 28 days before if you're using SSO.

Apple wants to make sure they're hosting content that's actually owned by the people submitting it, and they take Intellectual Property (IP) very seriously. If your app is called "Midwest Grain Expo", but your company's Team Name in your Apple Developer Account is "Huskers United", Apple could flag it as an IP concern.

Here's what you can do:

When you enroll in the Apple Developer Program, you have to set a Team Name. If that name is too dissimilar to your app's name, there's a high probability that Apple will reject the app as an IP concern. You've got two options if you've already made your Dev account:

A common problem people face is when their App Name is already taken. If you try to use the same name as the last event's app, it's going to get rejected as a duplicate. One easy way to overcome this issue is to simply rename the app to something else. If you really need to use that other name, and you own the app that currently has it, you can get the other App removed from the App Store by following these instructions.

Speaking of naming, when setting up your app, you have the opportunity to set both the App Name, and the Home Screen Name. If these are too dissimilar, it may make it difficult for your attendees to find the app on their device after they download it. If you submit your app when the names are too different, we may send you an email asking you to change one or both of the names before we'll send the app on.

This example solves the name agreement problem, but make sure it doesn't cause problems with IP as described above.

When you write your App Description, it needs to tell users what it's for. If you simply put "Midwest Grain Expo app", Apple's going to reject it. Instead, use something like this:

"The Midwest Grain Expo's fundamental mission is to bring together like-minded grain-ologists who are looking to connect in a meaningful way, be inspired, and ultimately co-create - because we are stronger (and smarter) together."

If you set your app's Sign-up and Log-in options with any of the social login options, such as Facebook or LinkedIn, and your event is Invite-Only, this can cause confusion when people try to sign into your app. For example, if they make their account with Facebook, and their Facebook account was made with a different email address than you used to invite them, they won't be able to log in.

So, if your event is Invite-only, it's safest to choose only Email as your app's Sign-up and Log-in option.

We get it. You want your app in the hands of your attendees asap, but don't forget to finish dressing it up before you send it to the party! If you haven't finished customizing your event with a logo and cover image, custom color, or feature icons, or if you're using any placeholder text or images, we're probably going to bounce the app back to you.

Why? We take screenshots of your app to show on the App Store and Play Store, so if the event's customization is incomplete, they won't be the best representation of your app, and people might get confused. 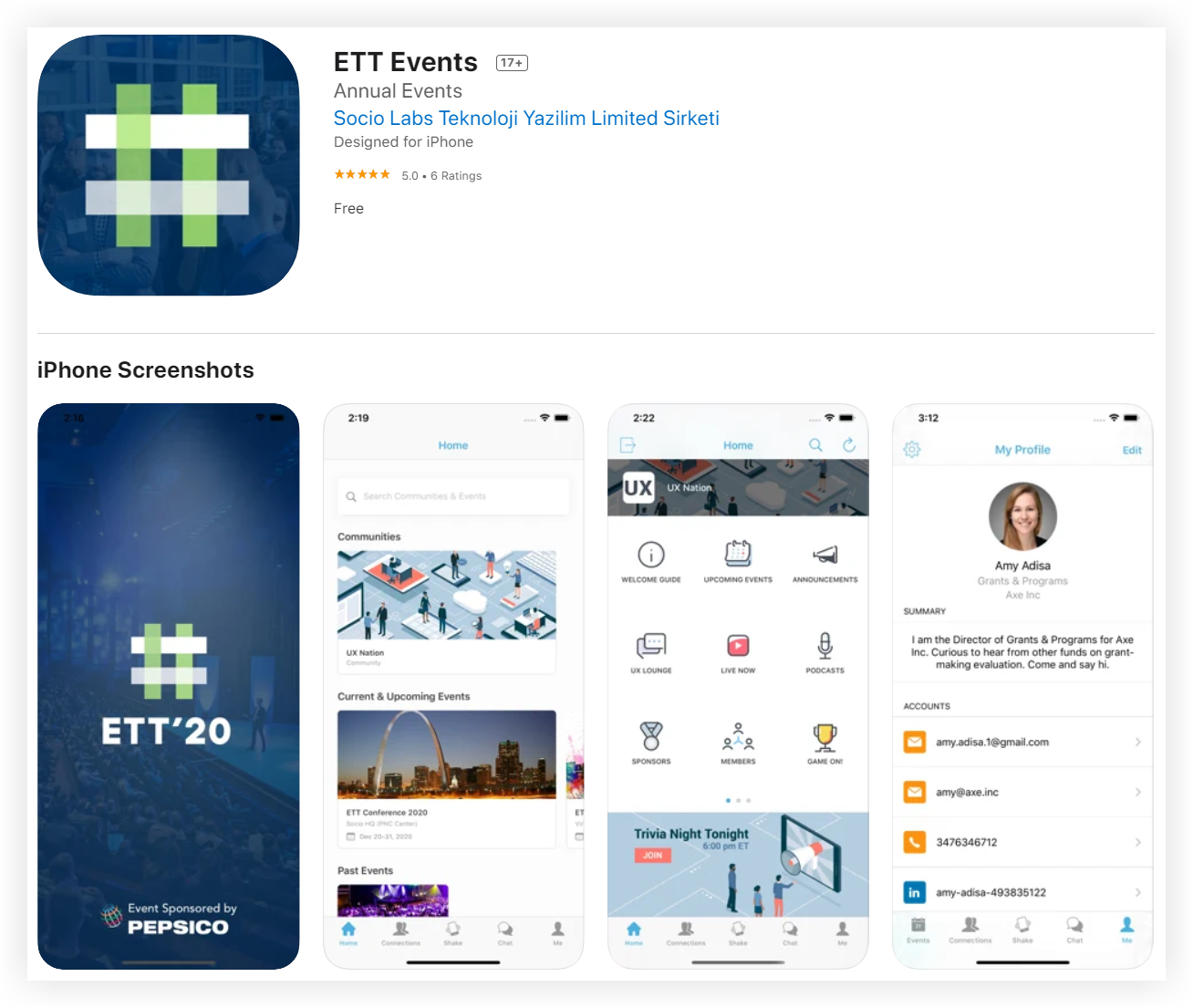 No, we don't mean give away registrations. Anytime Apple sees money changing hands in an App, they'll want a piece of that tasty pie. Anything in your app that mentions paid services, paywalled content, raffles/sweepstakes/gambling, and even charitable giving could cause you some headache.

Oddly enough, the only one of these that's ok to include is raffles and sweepstakes. You simply have to explicitly state that Apple has nothing at all to do with it. Aside from that, simply avoid mentioning money in your app at all.

If you're using the Game feature, be sure to specify in your Game rules that Apple is not a sponsor of or involved with the game or any related prizes or rewards.

Apple doesn't allow internal company apps on the App Store unless you go through a container app, which won't work for Branded Apps. It's no big deal to use your Branded App for an internal company event, but make sure you don't say anything about it being internal anywhere in the app. 🤫

Ok, this one is a little weird, but don't mention COVID-19, Coronavirus, or anything related to a pandemic anywhere in your app. Apple and Google don't like it.

Make it our problem

If you've gone through this article and smoothed out all the possible bumps before submitting, and Apple still sends a rejection notice, just let us handle fixing it. 😄 If you've followed the steps to grant us access, we'll see the notification too and will be best able to resolve the issue speedily.

Questions? Chat Us or Email support@socio.events

Did this answer your question?